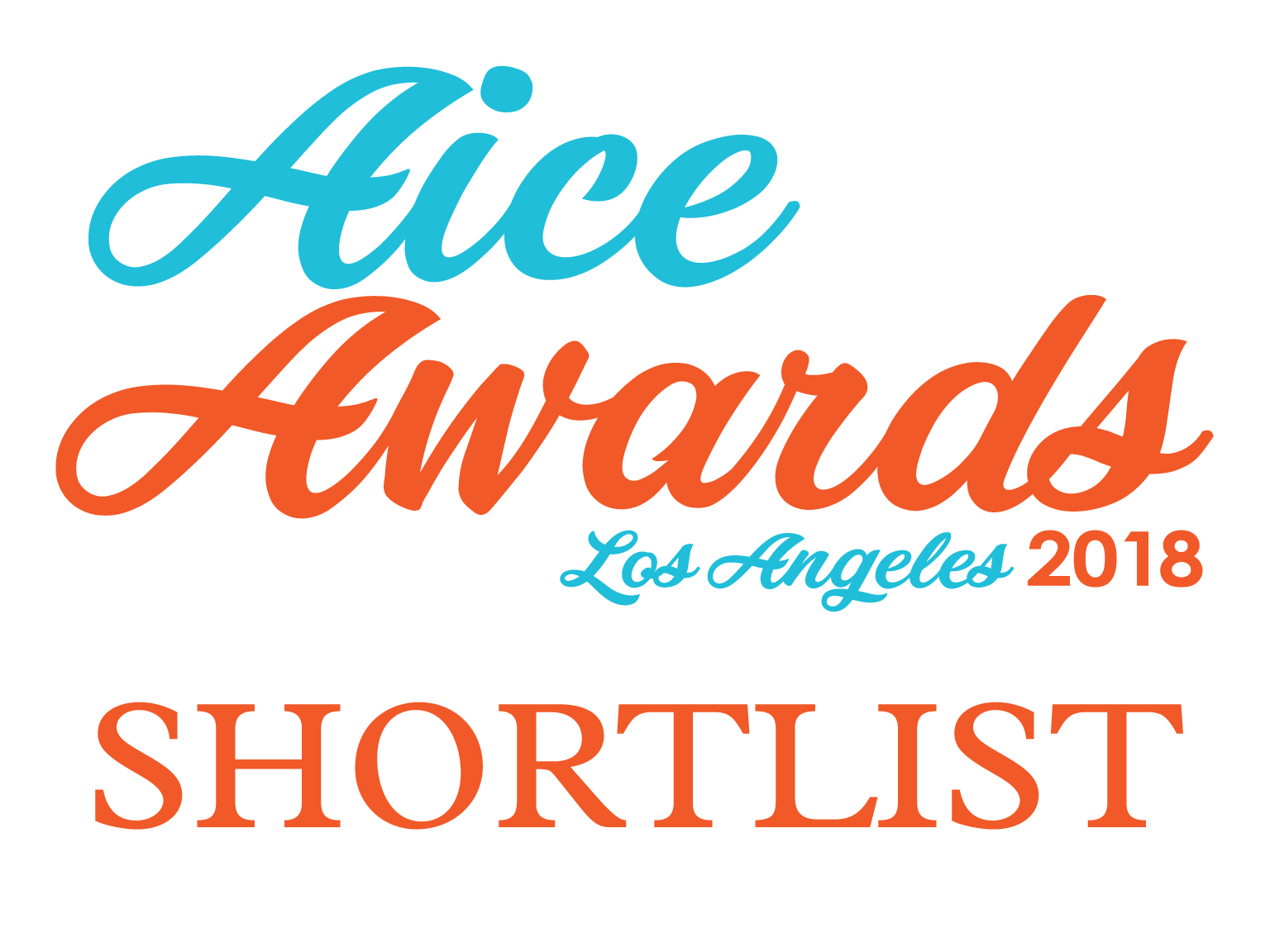 New York, NY – April 17, 2018 – Rachelle Madden, VP, Post Production and Digital Production Affairs for AICP, has announced the Shortlist for this year’s AICE Awards for post production excellence. This marks the first time the Awards, now in its 17th year and its first year under the auspices of AICP, has adopted a Shortlist format for its category finalists. The winners will be announced at a gala ceremony in Culver City, California on the evening of May 10. To view all the Shortlisted entries with credits, go to http://www.awardcore.com/aice/shortlist/.

The 2018 AICE Awards accepted entries in 18 categories, which honor the excellence and skill of the editor, and nine craft categories, which recognize artists in the disci-plines of audio mixing, sound design, color grading, graphic design, visual effects and original music composition. Further, it honors the best work emanating from the seven AICP Chapters around the country with its Best of Chapter awards. Each show culmi-nates with a Best in Show winner, chosen from the category winners in Editorial and Craft.

This year the AICE Awards introduced new categories in the Editorial segment for work appearing as part of a Social Media Campaign and for the Integration of Licensed Music. Joining the Craft segment of the show was a new category for Licensed Sound-track & Arrangement.

AICE Awards are presented to individual editors, colorists, VFX artists, graphic design-ers, composers, audio mixers and sound designers. The list of editors and artists with multiple Shortlist entries includes Editor Geoff Hounsell of Arcade Edit, who scored four places on the Shortlist with work in the Comedy category for the NFL; in Dialogue / Monologue / Spoken Word for Nike; in Digital Content – 90 Seconds or Under for Old Spice; and as part of a team of editors from Arcade in Online Campaign for Ac-tivision.

Editor Mark Grassia of Trident Post Production also placed four items on the Shortlist, all for the same Adidas project: Best of East (for editorial and sound design), Digital Content – 90 Seconds or Under and Sound Design.

Cut + Run Editor Adam Bazadona made the Shortlist three times: twice in one catego-ry, Docu-style, with work for Mastercard and Converse, and in Integration of Licensed Music with an entry for Sonos.

Editors Angus Wall and Jamie Foord of Rock Paper Scissors also earned three Shortlist entries each: Wall’s came in Digital Content – Over 90 Seconds and Storytelling, both for Nike (“Want it All”), and in Integration of Licensed Music for Nike (“Skates”), while Foord scored in Best of West and Montage for S7 and Music Video for Miguel.

Joining them with three Shortlist entries was editor Jim Haygood of Union Editorial, whose Taco Bell “Web of Fries” spot made it into the Best of West, Dialogue / Mono-logue / Spoken Word and Storytelling categories.

In the Craft section of the Awards, Colorist Luke Morrison of The Mill scored three Shortlist entries as well. He placed in Best of Midwest and Color Grading – 90 Seconds and Under for the Canadian Olympic Committee and in Color Grading – Over 90 Sec-onds for Prada.

Company Tallies
In total, entries from the editors at Arcade Edit earned 12 spots on the AICE Awards Shortlist, the most from any single company, and spanned the most categories, with eight represented. In addition to Hounsell’s, the list includes Automotive for Chevrolet, edited by Graham Chisholm; Broadcast National Campaign for NBC, edited by Kim Bica, Jeff Ferruzzo and Brad Waskewich, and Bud Light, edited by Dave Anderson; and Comedy and Dialogue / Monologue / Spoken Word for Tide, edited by Ferruzzo. Rounding out the Arcade list are entries in Fashion /Beauty for Clinique, edited by Ali Mao; Music Videos for Kendrick Lamar’ “Humble,” edited by Greg Scruton, and Jay Z’s “Story of OJ,” edited by Paul Martinez; and Online Campaigns for Activision, edited by Chisholm, Hounsell and Paul Martinez.

Cut + Run’s editors notched 10 Shortlist entries. In addition to Bazadona, editor Rob-ert Ryang placed in Broadcast National Campaign for Geico and Cause Marketing for the Ad Council, while editor Frank Effron was represented in Comedy and Content Promotion and Trailers, both for Netflix. Rounding out the company’s list are editor Joel Miller in Digital Content – 90 Seconds or Under for the NFL; editor Sean Stender in Under 50K for Refinery 29; and editor Ben McCambridge, also in Under 50K, for Esperanza Immigrant Rights Project.

At Rock Paper Scissors, 10 entries made the Shortlist. In addition to those for Wall and Foord, the list includes entries in Automotive for BMW, edited by Biff Butler, and VW, edited by Austyn Daines; Comedy for Amazon, edited by Christjan Jordan; and Storytelling for Apple, edited by David Brodie.

The editors of Cutters tallied eight Shortlist entries, led by editors Tom Brassil in the Best of Midwest and Docu-style categories for Budweiser and Ryan McGuire for Digital Content – Over 90 Seconds and Storytelling, both for Sony. Additional Shortlist honors go to editors Grant Gustafson in Broadcast Regional Campaign for Blue Cross Blue Shield; Cameron Yergler in Cause Marketing for Academy Sports; Steve Bell in Online Campaign for Hallmark; and Aika Miyake and Brian Broeckleman in Under 50K for Bootstrap Villages.

“Our 2018 Shortlist is the result of hours of work by our judges, from our online voting and live judging panels through to the lengthy and thoughtful Curatorial Committee discussions and debates,” says Madden. “We want to thank them all for their contribu-tions and also salute all the editors and artists who’ve achieved Shortlist status. We’re thrilled to showcase the best work being done in post production, and we look forward to honoring the winners at the AICE Awards Show on May 10th”