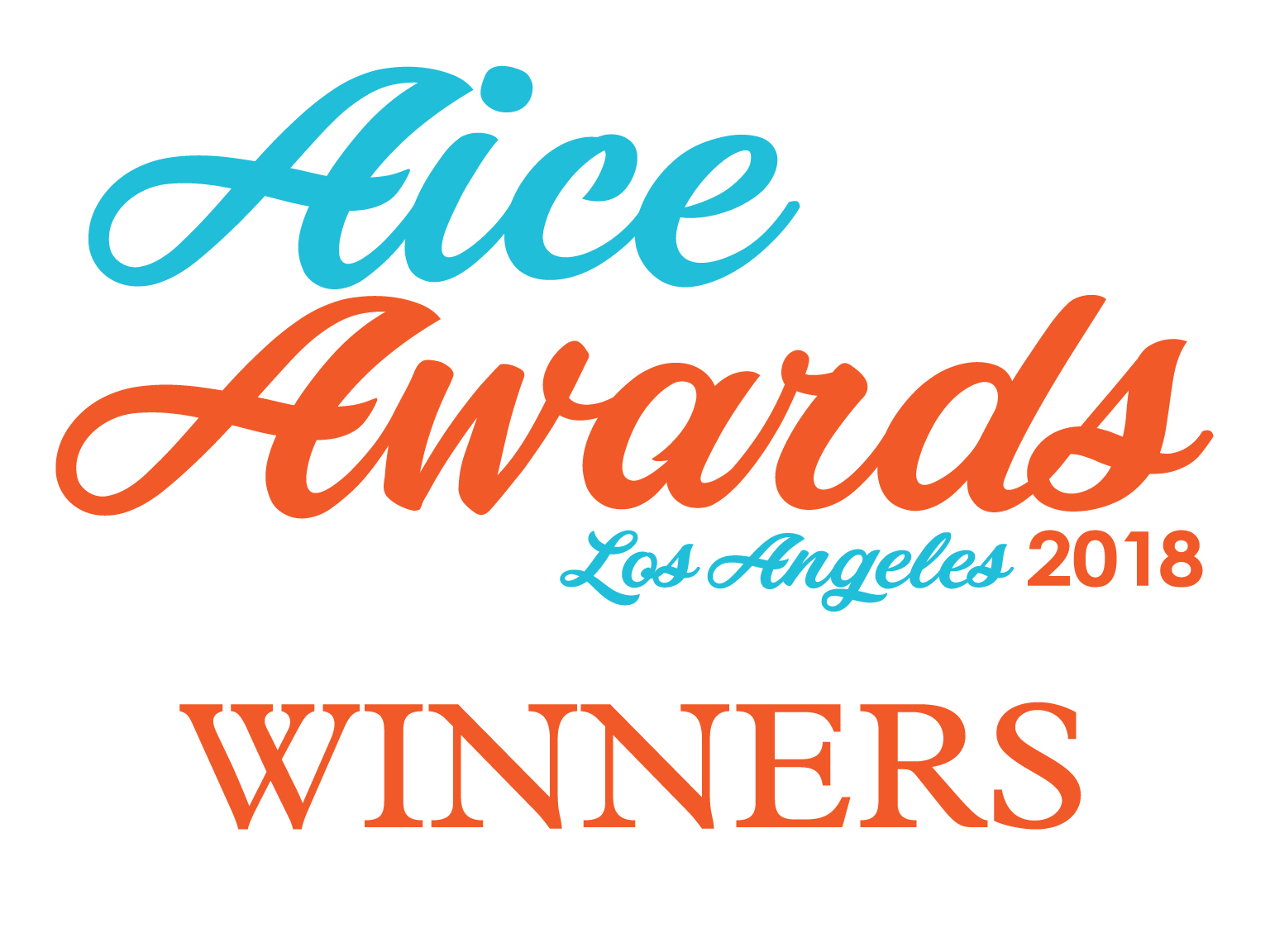 Culver City, CA – May 10, 2018 – Editor Jim Haygood of Union Editorial won the Best in Show at tonight’s 2018 AICE Awards for excellence in the post production arts. Haygood was recognized for his work on “Web of Fries” for Taco Bell, a parody movie trailer for a thriller starring actor Josh Duhamel that promoted the brand’s introduc-tion of its Nacho Fries product.

The second most-awarded at the show was Mark Grassia of Trident Post Production in Quincy, Massachusetts, who took home three AICE Awards, winning in the categories of Best of East, Digital Content – 90 Seconds or Under and Sound Design, all for Adid-as’ “Form the Future,” a fast-paced, high-tech spot promoting the brand’s AdiZero sporting apparel for professional hockey.

The AICE Awards – now in its 17th year, but it’s first under the AICP banner – present-ed winners in 18 categories that honored the excellence and skill of the editor as well as nine craft categories which recognized artists in the disciplines of audio mixing, sound design, color grading, graphic design, visual effects and original music composition. In addition, Best of Chapter winners were also presented to the best work emanating from companies located in each AICP Chapter (East, Midwest, Minnesota, Southeast, Southwest and West). To view the winning entries, go to http://www.awardcore.com/aice/winners/.

Winning two AICE Awards each were Editor Jeff Ferruzzo of Arcade Edit and Colorist Luke Morrison of The Mill. Ferruzzo won in Comedy for P&G’s “It’s a Tide Ad,” created by Saatchi & Saatchi, and shared the award for Broadcast National Campaign with Ar-cade Editors Kim Bica and Brad Waskewich for NBC’s “NBC Olympics.” Morrison won in Color Grading – 90 Seconds or Under and Best of Midwest for “Be Olympic” for the Canadian Olympic Committee and Sid Lee.

Overall, Arcade Edit was the most-represented company in the competition, with eight of its editors winning awards in five different categories: in addition to Haygood, Bica, Ferruzzo and Waskewich, other winners were Ali Mao in Fashion / Beauty for “Active Lifestyle Essentials” for Clinique; Greg Scruton in Music Video for Kendrick Lamar’s “Humble;” and Graham Chisholm, Geoff Hounsell and Paul Martinez in Online Cam-paign for Activision’s “Reassemble.”

Work from the VFX artists and colorists at The Mill earned a total of four AICE Awards: in addition to Morrison’s winners, Colorist Gregory Reese won in Color Grad-ing – Music Video for Portugal.The Man and the company won in the Visual Effects category for its work on Monster.com’s “Opportunity Roars.”

Three editors were posthumously inducted into the AICE Hall of Fame at the awards presentation. Michael Bartoli of Hybrid Edit, Chris Hafner of Cutters and Eric Zumbrunnen of Exile were all honored for their bodies of work and contributions to the industry. The awards presentation was dedicated to their memory and to several other members of the L.A. post community who’ve passed away, including Linda Carl-son and Angela Dorian of Rock Paper Scissors; Mary O’Gara, a producer and EP who worked at several VFX and post companies; and Daniel Spencer, an editor at Hybrid Edit.

Also, the winners of the 2017 International Camp Kuleshov trailer competition for as-sistants were saluted for their achievements. They included Alex Heisterkamp of Lucky Post in Dallas, Jordan Stalling of Particle Audio in Chicago and Thom Reimerink of jumP in L.A.

Commenting on the quality of the work seen in the category winners, Editor Jen Dean of Consulate, a member of the awards’ Curatorial Committee, says “I feel it’s only get-ting stronger and more complex as our industry produces so much content in varying lengths. This gives editors, colorists, sound mixers, VFX artists and others working in post so many ways to stretch their creative legs.”

Regarding the Best in Show winner, Akiko Iwakawa, Editor/Partner at Cut + Run and also a member of the Curatorial Committee, says it impressed the jury by hitting on almost all cylinders. “This one came in a head above all other work,” she explains. “Great performance and dialogue editing, hilarious timings, creative transitions, great sounds and mood – definitely a great achievement by the editor to bring all these ele-ments together to successfully deliver this rather complex ad, using the premise of a “thriller” trailer spoof, but at the same time telling the story of the ‘fake’ movie, all while keeping me smiling the whole way through.”

Adds Dean, “Even after many viewings it was difficult to pick out any flaws. The timing was impeccable, and this included not only the picture edit, but the use of sound and music, the dialogue editing, the speed ramps and just how perfectly it spoofed the tra-ditional trailer. The idea was obviously so fun, but I felt the editor combined so many different editing skills to create such a perfect piece of storytelling.

“As judges, we’re really focused on how much the post production contributed to the process, and in this case, it seemed on multiple levels you could feel the hand of the editor,” she continued. “Ultimately it was the timing that created the drama; there was-n't one skill dominating, all had equal footing and it was just perfect!”